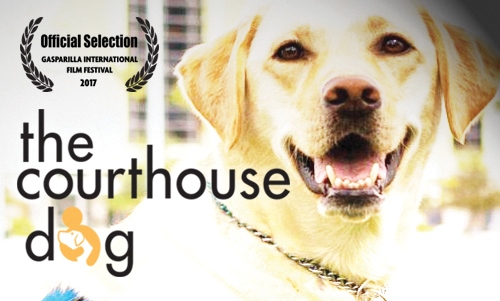 Most the production took place at the George E. Edgecomb Courthouse in downtown Tampa.

“The Courthouse Dog” will debut at the festival March 3 from 5-7 p.m. at the Muvico in Ybor City.